The First Team beat South East Athletic in the Andreas Kent County League on Saturday, and recorded their 4th consecutive clean-sheet in a 4-0 rout.

Joedon (pictured) celebrated his second hattrick against South East Athletic this season, and Luca Fortunelli made it his 5th goal in 3 matches.

After a convincing 3-0 win against Belvedere last weekend, a 2-0 win against Club Langley and a 2-0 win against Welling Park prior to that, confidence is sky high in the senior squad with a big march forwards to see the season out in a promotion or play-off place. Only the champions will be promoted, however this season there will be a 2nd place play-off match, and potentially a third-placed play-off match, between both the Eastern and Western divisions. Winners of the play-offs will also be promoted this season.

Any Managers or Teams out there looking to join a new fresh Club 💙 chris@hallsafc.co.uk 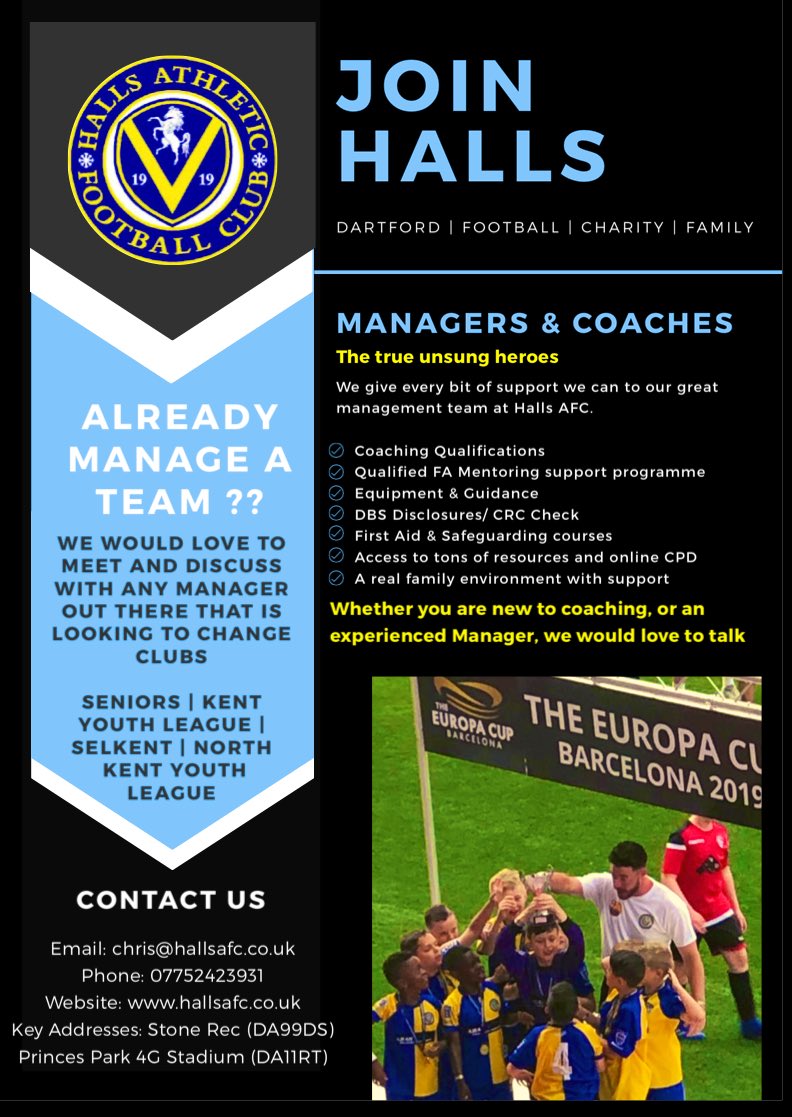